4:28 AM 4/17/2019 - The Facebook's editors and their system of CENSORSHIP are the absolute retards, and that is exactly what the New Abwehr and (their long-time agent) Putin wanted: to restrict the freedom of information on the internet. It appears that the FBI is the part of this CENSORSHIP, "for security reasons", ostensibly; but in fact because The (Stupid) Dogs just cannot resist poking their bulbous noses into everything that is able to excite their doggy attention. - M.N.

By Michael Novakhov (Mike Nova) April 17, 2019
The Facebook's editors and their system of CENSORSHIP are the absolute retards, and that is exactly what the New Abwehr and (their long-time agent) Putin wanted: to  restrict the freedom of information on the Internet. It appears that the FBI is the part of this CENSORSHIP, "for security reasons", ostensibly; but in fact because The (Stupid) Dogs just cannot resist poking their bulbous noses into everything that is able to excite their doggy attention.  The Stupid Facebook rejects my posts on the ground that they "do not meet the community standards", while these posts are just the reprints, the copies of the links to the mainstream press articles from the Google searches. The Facebook runs scared and crazy, the FBI terrorized them to death, and into the construction of the virtual Panopticon Observation Prison cum Jewish Mother + glassy-eyed Jewish Accountant pretending to be the Face Of The World and Mr. Very Sociable himself.  Facebook is the very retarded
Post a Comment
Read more 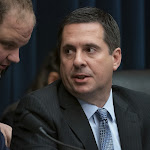